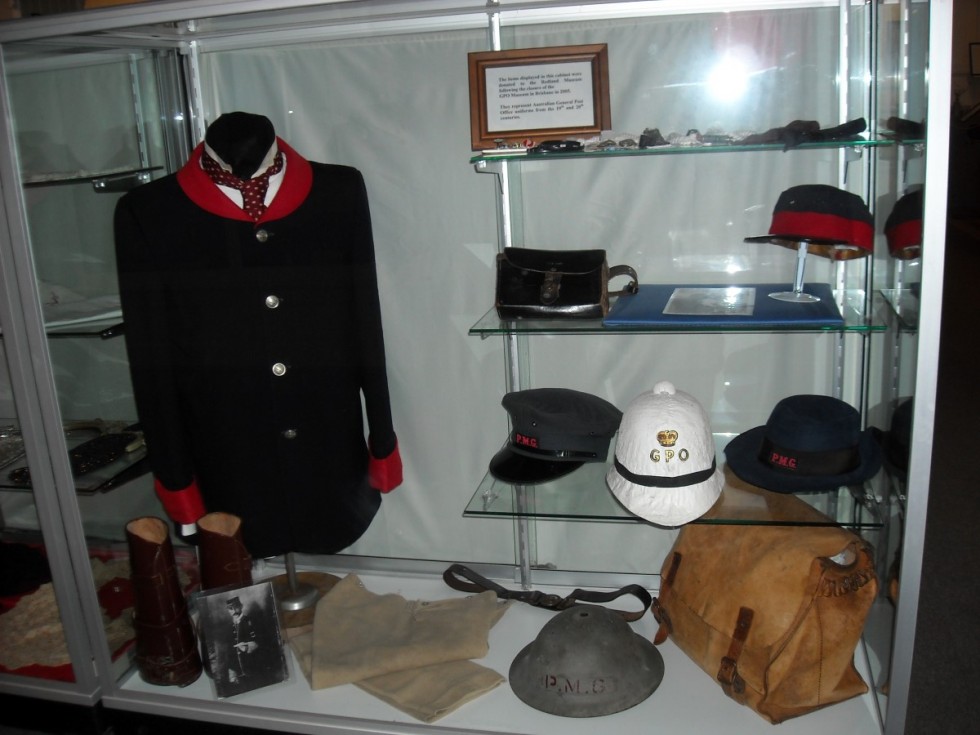 In 1865 the first Submarine Telegraph Cable in Queensland was laid from Brisbane to Cape Moreton, via Cleveland, Dunwich on Stradbroke Island, and then to the Moreton Island Pilot Station.The amalgamation of the Postal Services and the Electric Telegraph Departments took place in 1879. 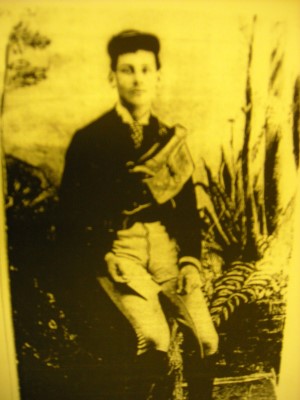 Due to our close ties with such an historic event occurring at Cleveland in 1865, when the GPO (General Post Office) Head Office in Brisbane closed its Museum in 2005, the Redland Museum was very pleased to be able to obtain many items from the 19th and 20th century relating to the uniforms worn by the GPO employees for those periods.   The first Post Office in Cleveland was situated near where the RSL is at present, before moving to a large Office in Middle St near Kyling Corner, with a small agent in Bloomfield St.  The main Middle St Post Office site was eventually sold and the Post Office opened at its present position in the shopping complex on the corner of Wynyard and Middle St in Cleveland.

The Museum was particularly pleased to obtain a rare Telegraph Boy’s cap from the 1880’s.  Early services were delivered on foot or by horse.  The telegraph boys commenced work at 8:30am, after a roll call and inspection by the officer-in-charge and then did not cease work until after dark.  There was no time off for lunch and they were paid approx. 10/- ($1) a week.